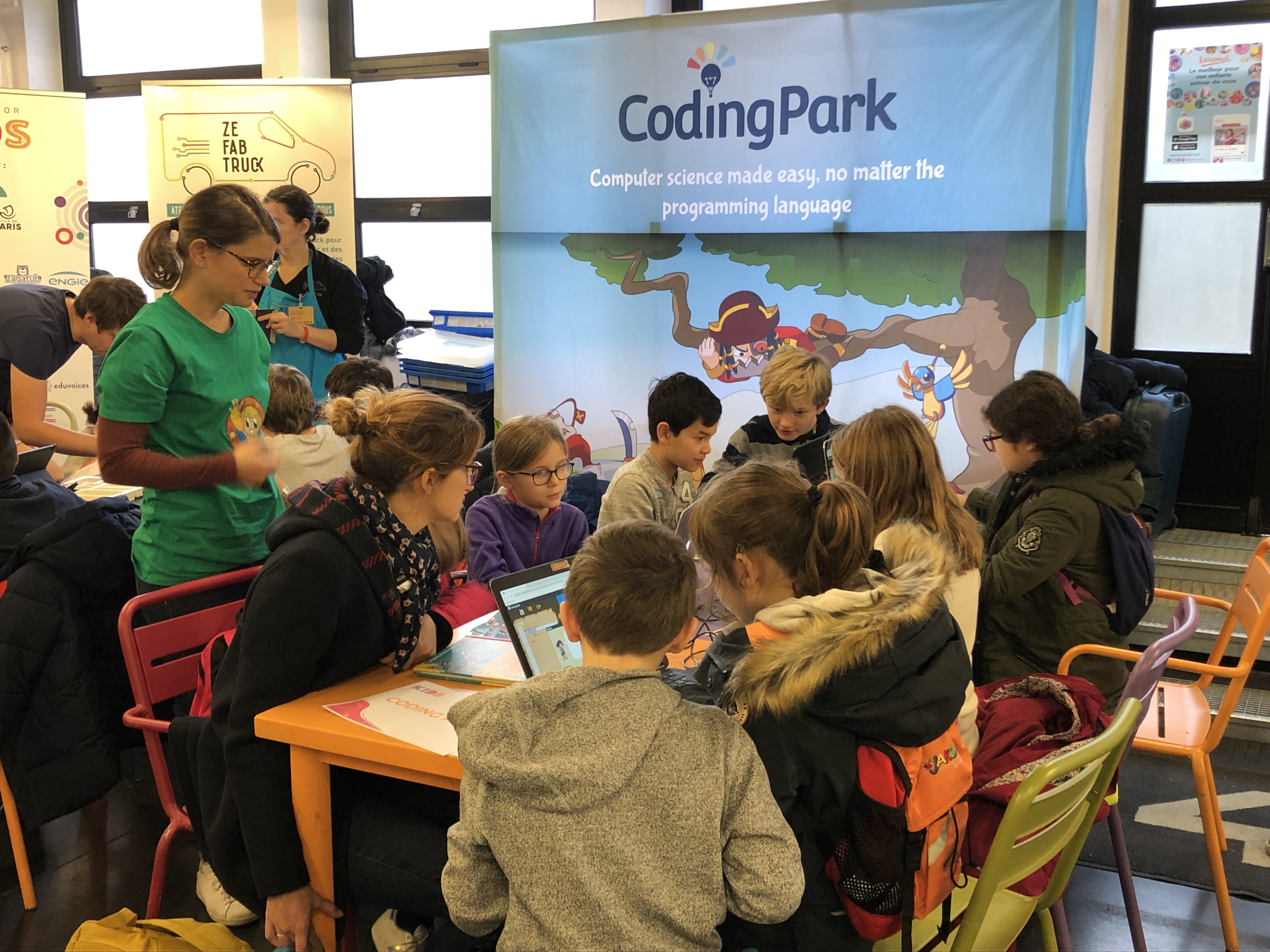 What a year 2019 we’ve had ! After having left the blog for some time, it is time to pick up with some fresh news; specially by talking about our coding workshops. We can now propose our workshops and holiday courses in Paris.

Are you still wondering what #coding is ?

It is true, most of us don’t know what makes our smartphones, laptops, social media networks and video games work. Learning to code should be a first step in digital learning, like knowing how to manage personal data, creating secure passwords, protecting connected objects, being able to detect fake content, or even understanding that on the web, “nothing is erased”.

As mentioned on a previous post, knowing how to program helps children better understand the world in which they live. This allows them to gain logic and reasoning skills in an increasingly computational world, and safely enjoy the best that technology has to offer. Programming can be fun and very rewarding for children; they gain a kind of super power: going from passive consumer role to an active creator role. In a very short time, it is possible to create your first program; give a child colored pencils and see what they do with them, give them a computer and some programming concepts, and they could build the next Facebook !

Workshops and internships led by the creators of the platform!

Since we don’t do things halfway, we developed a series of workshops based on our experimental methodology, that aggregates several learning areas. The basics of algorithmics are at the center of the learning program, but other skills are also acquired, in particular knowing how to use the keyboard, learning English (for French-native children), and of course spatial orientation.

For these courses, we set up a daily 3 hour sessions program where each session is divided in 3 parts. In the first part, children start by playing with Cody; they use the keyboard, solve logis problems and type algorithms that they test instantly on our treasure hunting game. In a second part, children will work in groups and each one has a different role; they learn to program a real physical robot, to move it on a spatial grid that follows the sotry on a book they will be reading in English. A final Third part consists on a creative experience, either on GoldenQuest level editor or in other tools, like Scratch, the idea is to create scenes/stories/levels, and they then challenge their colleagues to solve them. We tested the program during Autumn break and the feedback from the parents was more than encouraging.

Also, we have being doing a great number of workshops since back to school in September, and for many of the participants, it was the very first time they discovered coding ; 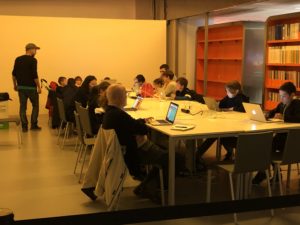 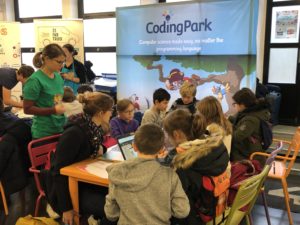 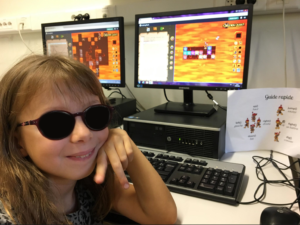 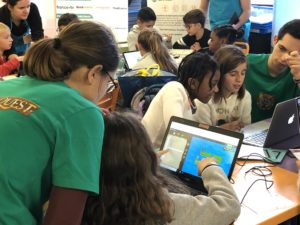