Golden Quest Beta Has Been Released! 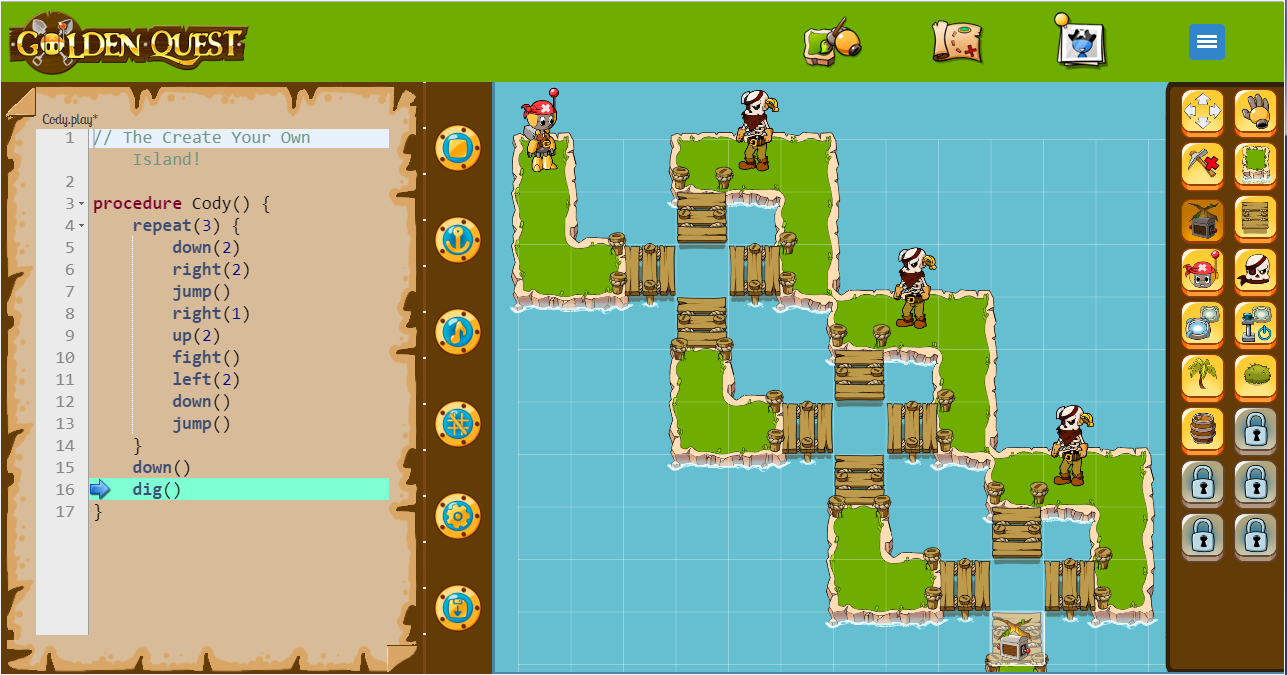 Golden Quest Beta Has Been Released!

After three months of hard work, we have released the very first beta of Golden Quest!

This coding game is the natural evolution of the Adventures of the Pirate Robot, but this time, it’s gonna be huge! The killer feature is the level designer, an interactive graphical designer that allows to design challenges from scratch. Start from an empty level, drag and drop land, monsters, bridges, teleporters, and so on. Then, start writing the algorithm that solves the challenge, and debug it in real time!

We would love to have more feedback on this beta. We have already started a closed testing campaign on September 30th, and we think to put more people in the loop. All you have to do is to register here and we will send you an invitation by email. During the beta testing campaign, you will get a free access to the game, so hurry up 😉